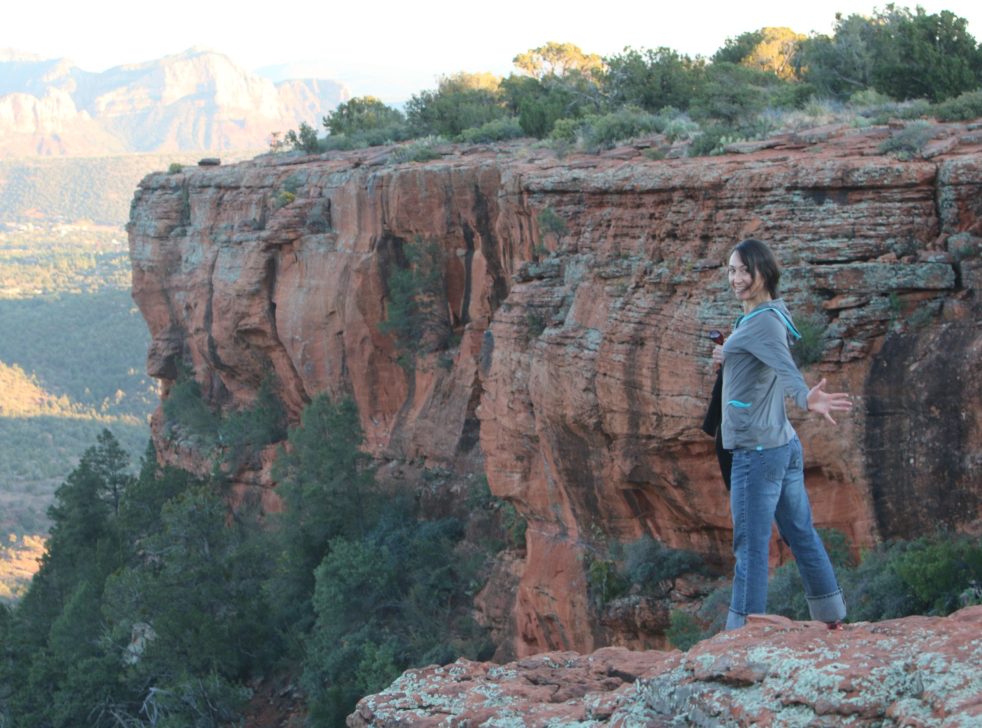 If you’ve been following along, I’ve made some changes this winter in an attempt to figure out the “next step” or at least tweak my lifestyle and professional goals. Honestly, course-correcting is something I’ve done throughout my life, however post-crises, and as we adjust from Covid, it seems more poignant. Currently, I’ve moved up to Oregon City where I live on a bustling compound sitting on a little over four acres. The people living here, and those coming and going, are great and it’s a fun energy much different than living alone in my little studio (alone minus one very spoiled rescue cat).

Besides ramping up my wellness coaching and personal instruction business, I’ve really carved out time and attention to my own self-development, learning or revisiting hobbies/activities. Hey, I love paddling. It’s been a big part of my life for many years now, and that will continue to be a big focus. With that said, I’ve missed my “more artistic self” which had been largely expressed through music and dance from the time I was a kid. Therefore, I’ve given myself the permission and space to DO music and dance again.

Around two months ago I made a promise to myself, to play guitar every single day….which I have stuck with! Even if just one song, I play something. I am building calluses and finger strength, and exercising my vocal chords (’cause I sing along with myself). I don’t claim to be great but it’s in my blood. I grew up surrounded by music as my mom’s family were all musicians. Full-blooded Czechs, my grandfather played the concertina– at clubs in Chicago and all our family gatherings (my sis and I loyally dancing around him). My aunt played in a ladies trio in Chicago–vocals and upright bass. RAD! Sidenote, is there anything as cool as the upright bass?! I’d say “no”. My mom played in three bands–two concert bands and a swing band, vocals and saxophone. I remember from a wee-child the crew practicing at our house into the late-night, back in the day when smoking in your home was the norm and a high-ball was in every musicians’ hands at every break.

I’m not quitting my day job, striking out to be a rock-star, but recently I’ve found myself among some high-quality musicians. Coincidentally, my boyfriend has been reconnecting with his musical roots and subsequently brought several awesome musicians to the homestead in the last few weeks. What started out as a quiet, catch-up dinner with an old friend of mine became a party of musicians complete with a bonfire in back–lots of songs, lots of fun and lots of laughter. A few nights later we had an intimate dinner with one of those musicians–his record just went Gold. Note, I am not a “solo” guitarist…I can lay down a basic chord progression and let someone else run with the lead, but somehow he got me to solo (albeit a very uncreative melody). Luckily his talent as a singer carried the song! A longtime friend shared that if you can’t come up with a good melody you just “start saying words”. This, by the way, led to some great entertainment. The music quality wasn’t for shit, but it sure was funny!!

My key takeaway here is that you don’t have to be an exceptional musician to have a lot of fun making music and it’s SO worth the try if that’s your “jam”…pun intended. Metaphorically “frisky ripples” transcends beyond rapids. It’s great to enjoy artistic creation at whatever level works for you. Get out there, give ‘er a go. It’s the spice of life, and maybe I’ll see ya at a show sometime…

One thought on “It Ain’t All About Paddling…” 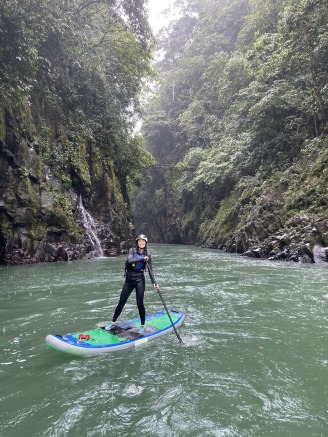 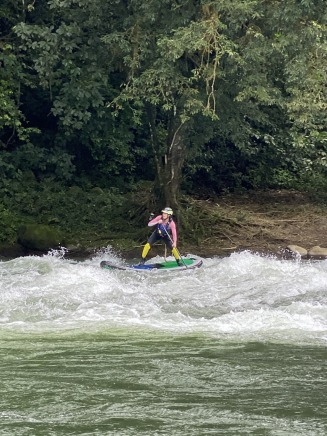 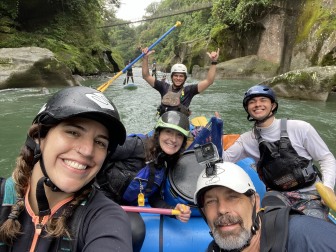 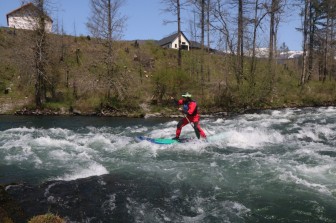 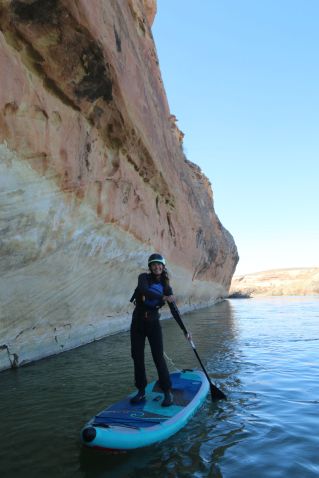 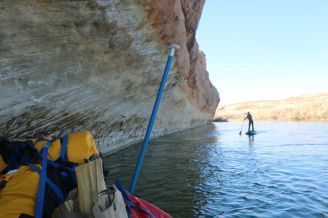 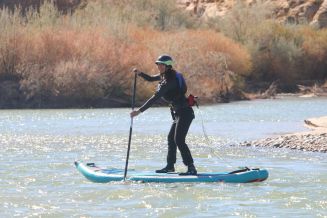 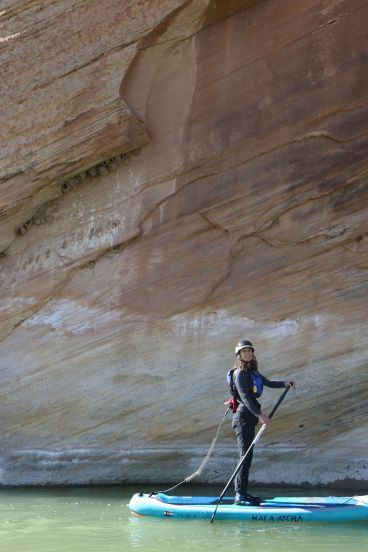 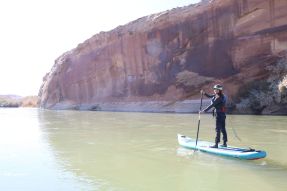 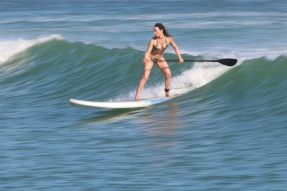 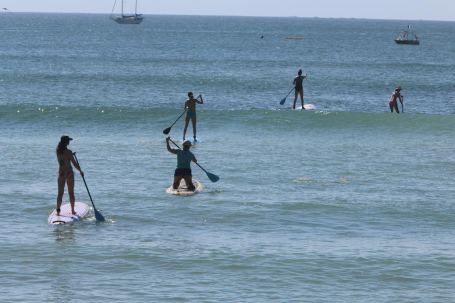 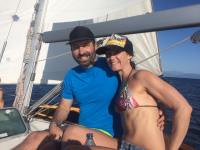 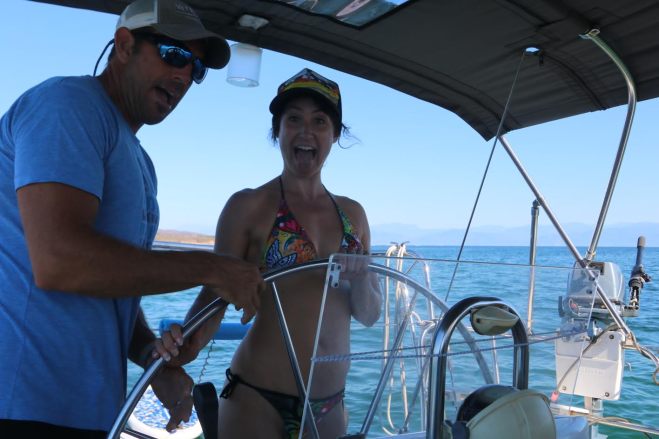